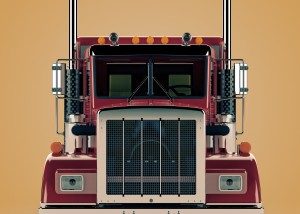 When commercial vehicle operators test positive for alcohol or drugs or refuse to take a mandatory test to prove sobriety, their professional driver’s licenses are suspended or revoked. Employers do not currently have a single resource that shows the record of all potential employees, which makes it difficult to ensure that unsafe drivers are kept off the road.

The U.S. Department of Transportation’s Federal Motor Carrier Safety Administration has put forward a rule that would establish a database for temporarily or permanently suspended commercial driver’s licenses. In the Moving Ahead for Progress in the 21st Century Act, a recently proposed transportation bill, Congress has included this plan in order to reduce the number of annual truck accidents on the roadways in Illinois and across the country.

Records of driver infractions should be available for employers

Before employment, federal regulations require that commercial driver’s license holders have their qualifications screened based on driving records to prevent truck accident injuries. Employers must conduct random drug and alcohol tests, as well. Commercial drivers fail alcohol or drug tests when there is a blood alcohol content of .04 percent or greater, or there is evidence of a controlled substance in the system. Either result requires that the employer immediately remove an operator from performing any safety-sensitive job such as driving a commercial vehicle. An employee must successfully complete a return-to-duty process before qualifying to get back behind the wheel. Data available in the recommended clearinghouse would consist of the following:

Safety checks reveal thousands of drivers under the influence

In 2013, federal and state law enforcement officials conducted more than 3 million random roadside inspections of commercial vehicles and their drivers. Over 1,200 of the examinations revealed violators of federal regulations governing controlled substances, and officers found 2,095 of the commercial vehicle operators guilty of drunk driving. These alarming numbers emphasize the need for resources to discourage truck drivers from using drugs or alcohol.

In Illinois, victims of a crash involving a tractor-trailer may benefit from the advice of a personal injury attorney who can navigate the legal system to achieve the maximum compensation under the law.