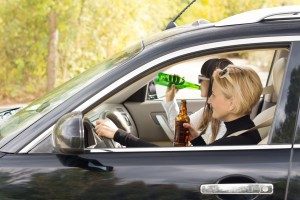 According to the 2014 Illinois DUI Fact Book, a driver with a blood alcohol content of .08 is 11 times more likely to be killed in a car crash than one who is sober, but even buzzed drivers exhibit slower reaction time and impaired coordination after just one drink. In 2012, 35 percent of the total Illinois crash fatalities were alcohol-related. This is consistent with the national percentage, according to the National Transportation Safety Board.

Twelve ounces of beer, five ounces of wine or 1.5 ounces of 80 proof liquor each contain 1.2 tablespoons of ethanol alcohol, according to the National Institute on Alcohol Abuse and Alcoholism. This amount has effects that appear in about 10 minutes and last for hours. One drink affects the chemicals in the brain responsible for communicating messages from one area to another, and reactions may include impulse control problems, balance problems and compromised depth perception and focus.

In a recent study published in the journal Injury Prevention, researchers at the University of California, San Diego collected car crash data to determine how the level of alcohol in the blood correlated to fault. A greater number of alcoholic beverages consumed is linked directly to responsibility for motor vehicle accidents. This probability does not begin at the legal level of .08 percent. A driver with a .01 percent blood alcohol content is almost 50 percent more likely to be at fault than the sober driver.

The lack of driver education regarding the effects of alcohol may be a contributor to the number of injury and fatality car accidents each year. Even though the legal limit is far above the actual point of impairment, many drivers use it as the indicator of whether or not they are capable of getting behind the wheel.

Approximately 30 million licensed drivers admit to driving drunk, and even some drivers who are designated to chauffer friends home after drinking believe it is acceptable to drive as long as they drink less alcohol than the others in their party.  Researchers at the University of Florida conducted a survey and Breathalyzer tests of self-proclaimed designated drivers leaving bars and discovered that 41 percent had had at least one drink.

In many countries, the legal limit is set at .05, and lawmakers in the U.S. encourage states to reduce their blood alcohol content limits, as well. Buzzed driving is not currently against the law, but if there is evidence that a person’s driving is impaired, a judge may still issue a drunk driving conviction. A victim of an alcohol-related crash may benefit from the legal advice of a personal injury attorney who is familiar with the laws on impaired driving in Illinois.